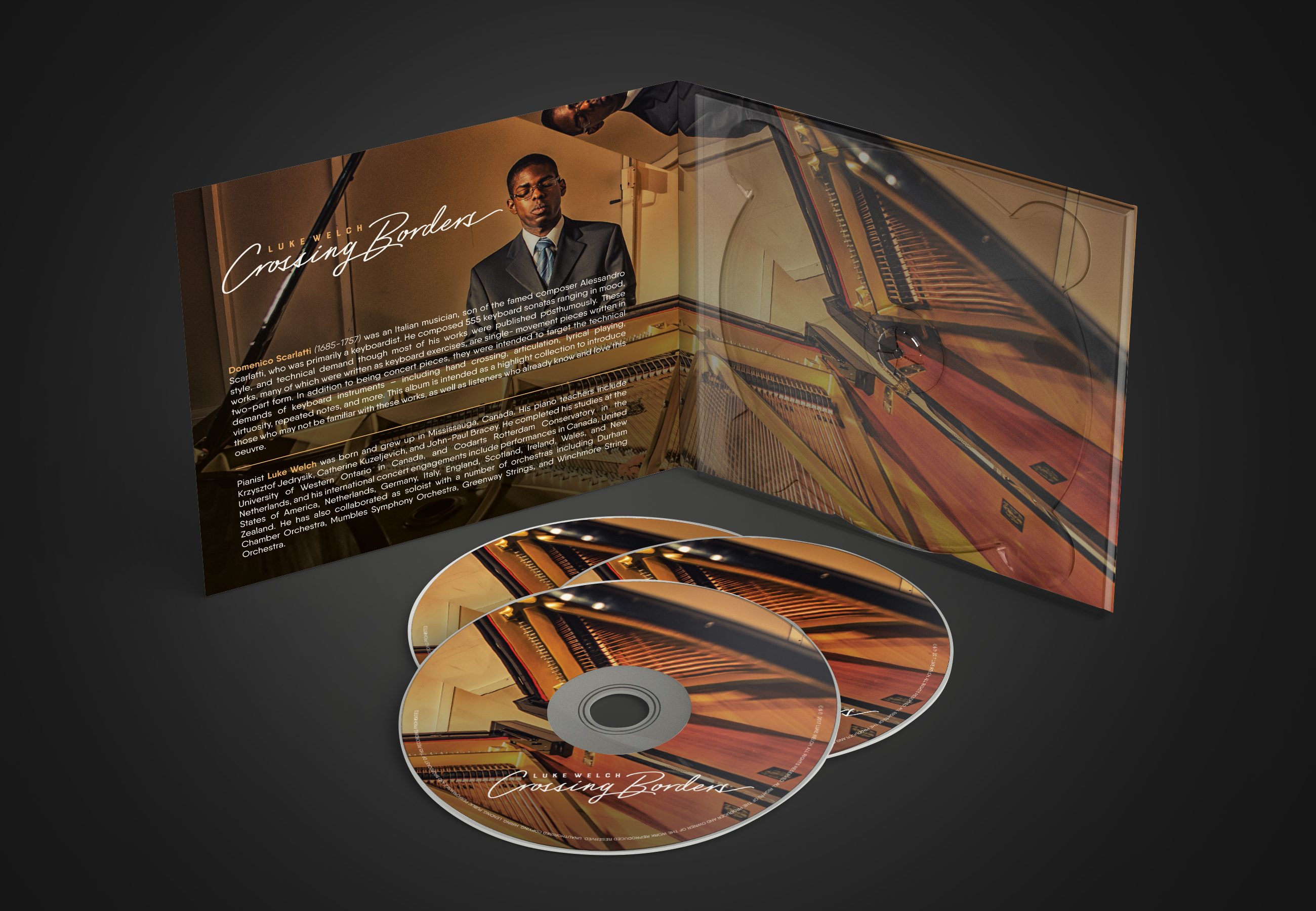 As many around the world have been confined to their homes during this pandemic situation, pianist Luke Welch has now released digital versions of his albums. His critically acclaimed album, ‘Crossing Borders‘, features a collection of keyboard sonatas by Domenico Scarlatti – an Italian baroque composer who extended the limits of keyboard playing and musical composition. ‘Crossing Borders’ include favourite keyboard works such as Sonata in B minor L. 449 (K. 27), Sonata in E major L. 23 (K. 380), as well as lesser known gems.

All albums, including compact disc, digital, and box-set collection of pianist Luke Welch are now on sale in the ‘Recordings’ section.