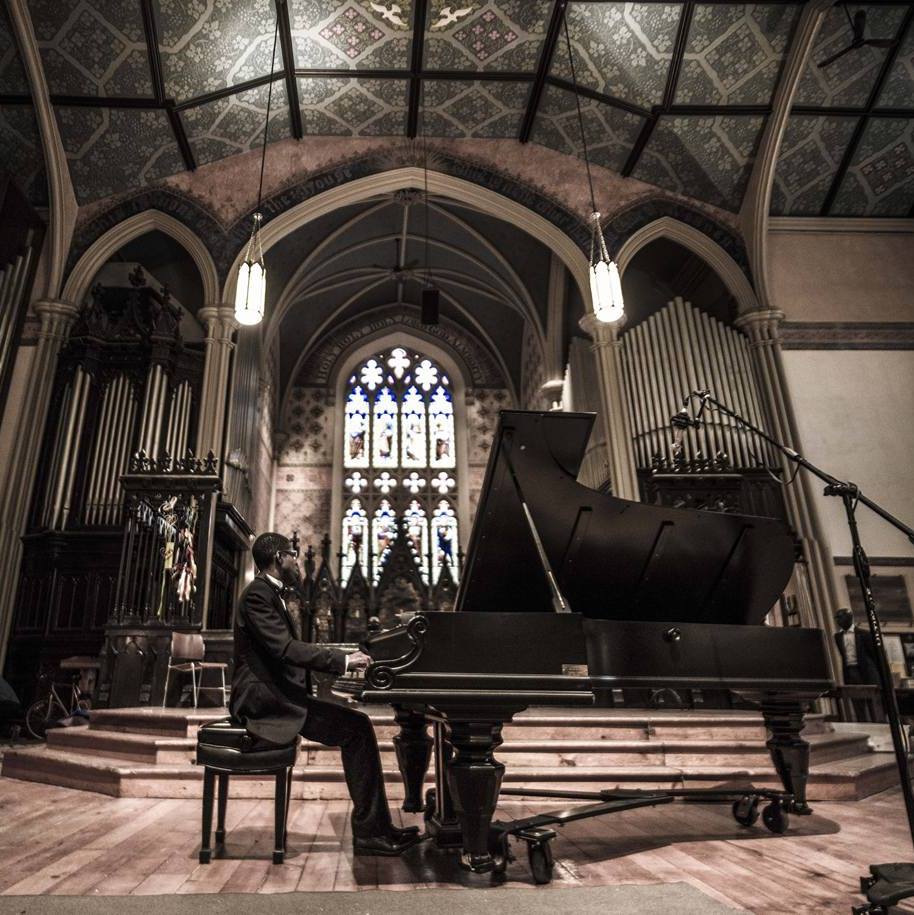 Hello, and welcome back!

After an exhausting day in the recording studio here in Cologne, Germany, I have just finished recording the tracks of the second album, a collection of Scarlatti sonatas, and what a day it has been!

The elements outside were not the most ideal, though for November definitely not the worst, and the energy throughout the city was at peak levels with the arrival of the infamous Carnival season. People dressed in all kinds of garb – variations of Cologne’s best homage to Scotland (kilts a-plenty!), one-piece full-body costumes, ghouls, zombies, law enforcement impersonators, wannabe school girls, and the full gamut of creative clothing ensembles immersed in relentless cheering, laughing, singing, and parading to and fro with beverage in hand. The festivities officially started at 11:11am, though in spectacular German celebratory fashion, the unofficial celebrations began several hours earlier.

Meanwhile, tucked into a cozy – yet carefully constructed – loft studio which serves as a concert venue and recording platform, I began a day-long musical adventure assisted by the exceptionally friendly tonmeister Georg. Almost apologetically, he introduced me to a beautiful “old” Steinway concert grand piano (barely a decade or two old!) – an instrument in most countries which would be considered quite new. It was imperative for me to select a piano of this make as a contrast to my first recording; the music of Scarlatti seems to resonate clearer on this instrument with its combination intricacies and power.

As this represents my second professional recording, there some similarities and many differences to the approach. I was able to draw on my experience from the first time around to anticipate a full day’s worth of work – several hours of playing combined with constant analysis of the performances, deliberations with the tonmeister regarding interpretations (himself an accomplished professional musician), physical and mental stamina, etc., though the approach to the project was in stark contrast to the previous album. In ‘The Universal Language’, the concept was to capture the entire collection in “concert” format: presenting to the listener a performance of works in the way as if hearing live in recital. In this case, it was important to present each piece as stand-alone entities – less about collective, highlighting the individual beauty of each sonata.

Similar to the previous recording project, however, I decided to undertake the daunting task of recording the entire album in one day.  With my growing, yet limited, recording inexperience I have been told (and reminded on several occasions!) that most musicians tend to spread the workload over multiple days due to the exhaustive, time consuming nature of preparing a professional recording.  Regardless, I still decided to take a single crack at it anyway.  I have no idea if it is because of my own notoriously over-ambitious personality, or rather unbridled enthusiasm,  but the decision to work within a condensed time frame seems to have been more than worth it!

Kudos and much gratitude to tonmeister Georg for his insight, inspiration, and patience while being an integral part of this album.  Mission complete – for now!

2 comments on “The Creative Process”